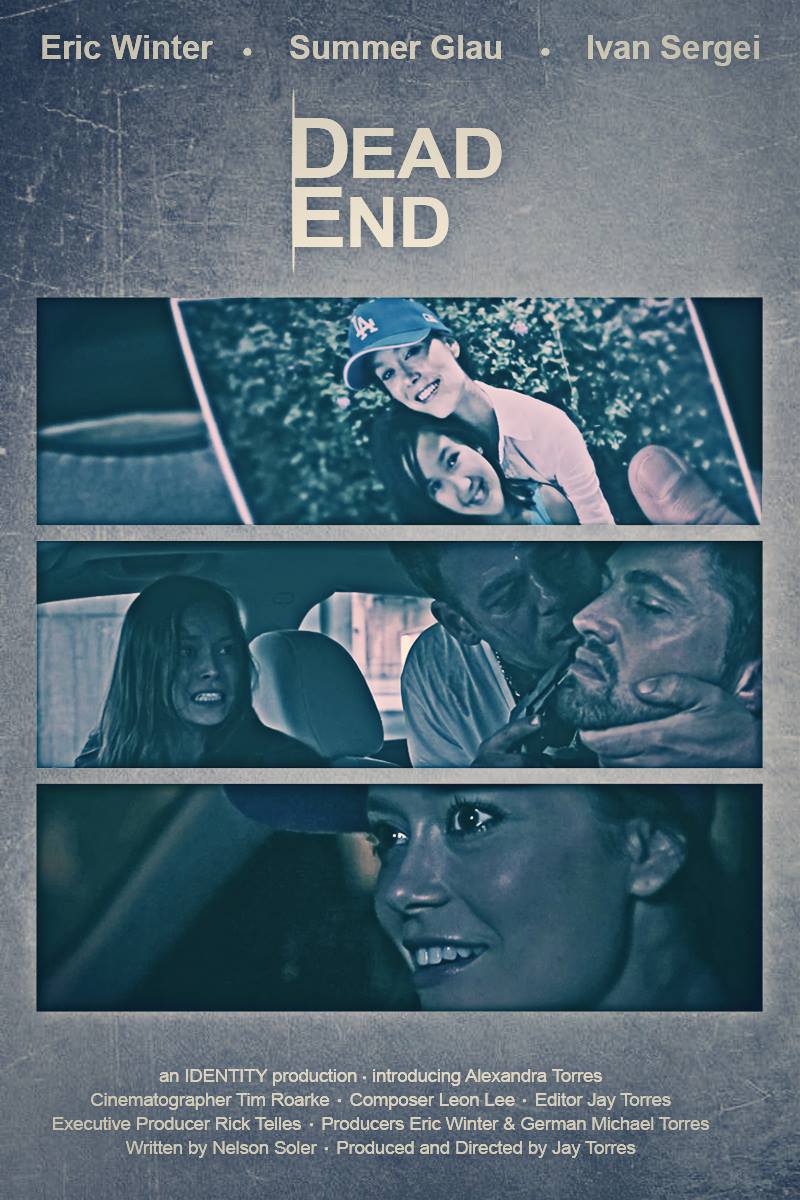 A man who tragically lost his wife and daughter get carjacked by a couple of thieves, one of which is the spitting image of his dead wife.

A man is sitting alone in his car under a bridge in grief over the death of his wife and child. In despair, he takes his life by swallowing a bottle of pills. As the pills begin to take their effect, the man begins to hallucinate, but he isn't aware it is an hallucination.

A man and a woman carjack him. The male thug is violent and waving a gun. He gets in the backseat. The woman gets in the front seat and is kind to the driver. The man asks if they robbed a church. A small urn, the kind that might hold the ashes of a child, is briefly seen in the bag carried by the woman. They convince the man to drive.

Over the course of driving the man gets upset. He tells them a home intruder killed his wife and girl. He shows the woman a photo of his deceased wife and daughter and the woman is the spitting image of his deceased wife. This is the biggest clue we are looking at an hallucination. The thug represents the home intruder, his female partner the man's wife, and the urn represents the death of his girl.

The man determines to kill them all and begins driving recklessly. The woman tries to convince the man to slow down. He then begins to see visions of his wife and daughter, who also tell him to slow down. He comes to a stop. The hallucination breaks, and once again the man is alone under the bridge.