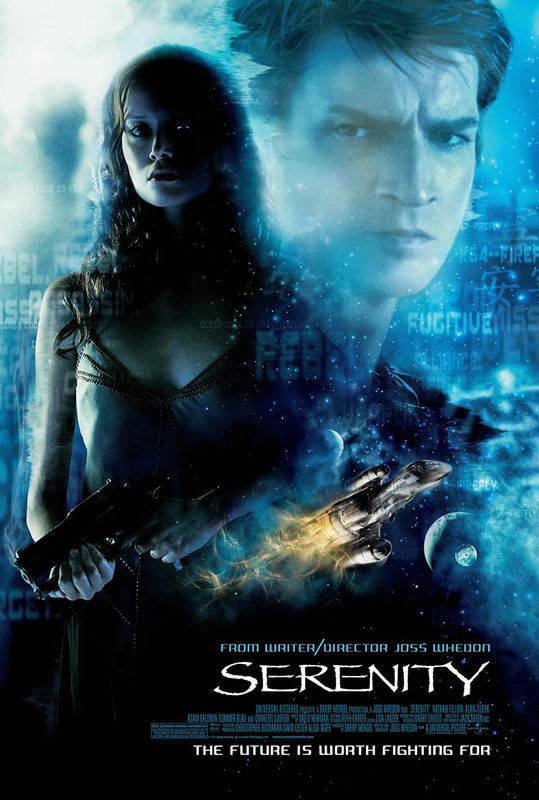 Serenity is based on Joss Whedon’s television show Firefly, in which interplanetary travel has brought about colonization of the planets, leading to a combination of sci-fi and Western tropes. The film picks up where the short-lived series left off, following the exploits of a crew of small-time criminals and outcasts who eke out a living on the edge of space, performing illegal smuggles and transports aboard a Firefly class cargo ship named Serenity. Led by a quick-witted veteran from the losing side of an interstellar war, Captain “Mal” Reynolds (Natahn Fillion), the crew is comprised of a rag-tag assortment of characters who, despite having their differences, are mostly loyal to one another, the closest thing that many of them have to a family. The stability of the crew is challenged, however, by the revelation that two of the passengers aboard, a brother (Sean Maher) and sister (Summer Glau), are fugitives, wanted by the Interplanetary Alliance with a hefty reward on their heads.