We heard a rumor couple of weeks ago that Summer Glau will be guest starring on the new Syfy show Alphas.

It has been discussed by our members in these forum threads:

Summer Glau will guest star on Alphas, along with Garret Dillahunt and Brent Spiner, as confirmed from the Alphas panel at the San Diego Comic Con that was Friday July, 22. Executive producer Ira Steven Behr didn't go into details about the characters they'd be playing, but he did say that he'd just seen Glau's episode and that she's "terrific" in it.

If you ever tried to refresh materialized view and got an error like this:

then it's probably because your schema was created by exporting and importing data from schema with another name. If you examine the content of a schema dump file like this:

then you may see undocumented arguments in commands that create materialized views:

The string "DB.GLOBAL.NAME" is obviously a global database name where you exported schema from. It is followed by a few digits and a name of the exported schema. There is also a lot of other stuff I have no idea about, but that probably does not matter.

The point is that if you import a dump file into schema with different name the "MYSCHEMA" argument will not be changed. So when you later try to refresh that materialized view Oracle will search for tables in schema "MYSCHEMA" instead of the current schema. And this is how we can get "ORA-00942: table or view does not exist" error.

So to fix that we should find where that "MYSCHEMA" is stored in the database and change it to the name of the schema the data was imported into. It turns out that it is stored in two tables: "SYS.SNAP$" and "SYS.SNAP_REFTIME$". Basically you need to connect to your database as SYSDBA and execute the following queries:

Of course you should examine contents of those tables before executing these queries in case there is a legitimate reason for some materialized views to have differences in those values.

Disclaimer: I have no responsibility for this advice. If you crashed a production database executing code you found on a fan site you have no one to blame but yourself.
0 Comments
Category: Chuck

Chuck is on SciFiNow Covers.

SciFiNow is a science fiction, horror, cult TV and fantasy UK magazine. Inside the issue #56 of the magazine, on stands on July 2011,  Chuck gets a four-page article for its incredible and so far successfull struggle to survive in a non-scifi-friendly tv universe. The covers says : "How tv's hottest geeks beat the network and the secrets to season five".

Dark Horse : River Tam (Serenity) or Buffy Summers (Buffy the Vampire Slayer);we're giving you the chance to decide once and for all who would win in a fight; 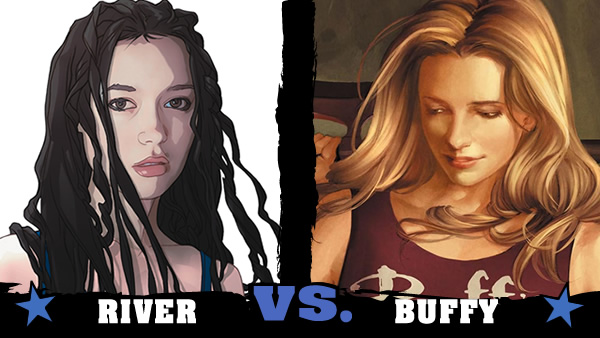 
Show your support to Summer Glau and vote for River Tam (Firefly) at :
http://www.darkhorse.com/Blog....summers

For the updated results and more about the fight, go to the Summer Glau Wiki Forum at :
Forum thread : River vs Buffy

The Cape's Submit Your Villain contest - The Winning Fan Villain is ...Fire Bug

The Winner : Fire Bug by Volyman

See a note from The Cape's creator Tom Wheeler on the winning fan villain.

The two runner ups are :

Rags by SAlleyne
Rags was once a great hero with his own Cape. Relying too much on it's power, his marriage, life, and sanity fell apart. He wears the tattered Cape around his body and speaks to it. Using the Cape strands, he can do what Vince does, but better.

Sharp by benjaminshinobi
Sharp is a woman who modified her body to fight the Cape. She had sharp spikes implanted in her arms and legs that are designed to resist being grabbed by the Cape and aid her against his combat training.

Source : Tom Wheeler on the Winning Fan Villain at NBC

Summer Glau as the bodyguard

IMDb daily poll for Monday, February 27, 2011 : We just heard the news that Warner Bros is planning to remake The Bodyguard. Who do you think they should cast in the lead roles?

Summer Glau as the bodyguard

And the results for "Summer Glau as the bodyguard" are :

This Black Friday I decided to buy some photography-related stuff and among other things was the Wacom Intuos4 tablet. If you ever saw at least one episode of "The Complete Picture with Julieanne Kost" you should have noticed that she uses one of those tablets. She even explicitly suggested using a tablet in the "PS - Painting in Photoshop CS5 (part 1)" episode.

So the first question was which model to choose. There are four different sizes available: small, medium (also a wireless model is almost the same size), large and extra large. I've tried to google for recommendations and all I found was people saying that it's basically the matter of personal preferences: if you like to draw on a small area you should look for a smaller one, also the small is better if you are planning to use it in travel. After using it for a while I would add the following criteria:

It seems like Mrs. Kost uses the small tablet. I've selected the medium one.

I've already mentioned that the tablet has programmable buttons. It also has a touch ring that has 4 different programmable modes. Besides a pen there is also a mouse that looks like a regular one except that you should use the tablet instead of a mouse pad. Not only you can program any button, but also you can program them for different applications. For example here is a custom radial menu I created that appears if I press one of the pen buttons when I work in Firefox: Finally I want to warn Mac users that the driver that ships on a CD ROM is very outdated: it is 32-bit version and it has some bug when working with spaces. So you should download the latest driver from http://www.wacom.com/downloads/drivers.php .