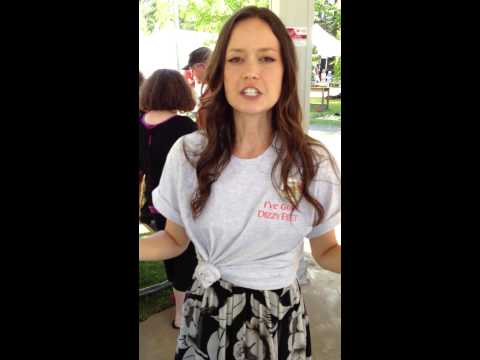 "Summer Glau (sporting an official Slabtown BMD button) reacts to her experience at Bohemia Mining Days in Cottage Grove, Oegon. For the record, she's a really gracious, genuine sort of person, with not a whiff of arrogance or meanness about her. She gets the official BMD Seal of Approval."

Summer attended the Bohemia Mining Days festival, a four-day celebration of Cottage Grove’s mining and Victorian past, held in Cottage Grove, Oregon on July 18-21. She was there on behalf of the Dizzy Feet Foundation (DFF) for the free city-wide dance class hosted by South Lane Ballet Academy and sponsored by a DFF grant.